Starting off 2021 was so much better than 2020 for me.   Last year besides dealing with a Pandemic the likes that we have not seen for 100 years was just the topping for me.   Last year I started off with a full hip replacement surgery.  Looking back it was a great decision but going through it not so great.  This year as we come out of the crazy Pandemic, I had the opportunity to travel to Central Florida where I came upon a slice of History with the Herlong romantic bed and breakfast Inn.   From the friendly and amazing staff to the maybe haunted sexy bedroom and the vibe of the 1930’s, it was simply perfect.  The  amazing breakfast in the Morning was also delicious.  You don’t just get eggs.   There is an elaborate three course meal of berries to start, then followed by their signature broccoli quiche and then the special of the day.   The best part however, was just sitting in the Parlor room, socially distanced from a wonderful woman who grew up in the area and told me stories of days gone by.   No TV, no loud music just amazing conversation.   You know the thing we have been avoiding this year due to the Pandemic.    So yes stay vigilant and healthy but really folks its time to get back out there!!!!!   Here is some great information from their website and the history.

The original house that is known today as the Herlong Mansion was originally a simple “cracker style” pine farm home built circa 1845. It was a two-story affair with a detached kitchen built by one of the original settlers of Micanopy. The site of the mansion was along an Indian trading route, now known as Cholokka Boulevard. Zeddy Clarence Herlong came to Micanopy and settled into the farm house with his wife, Natalie Simonton, after his home and business had burned down in Alabama. He became involved with the local lumber industry whose operations generated the wealth necessary to remodel the once humble farm house into the grand style of the mansion today. By 1910, the original farm house structure was “fully encased within a brick classic greek revival imitation of a southern colonial design”. The Herlong’s raised six children in the home but after Natalie passed away Zeddy remarried and moved to Blackrock, South Carolina with his new bride, Marie Rosborough. The building sat vacant until a young couple bought it in the 1980’s and turned it into a Bed and Breakfast. 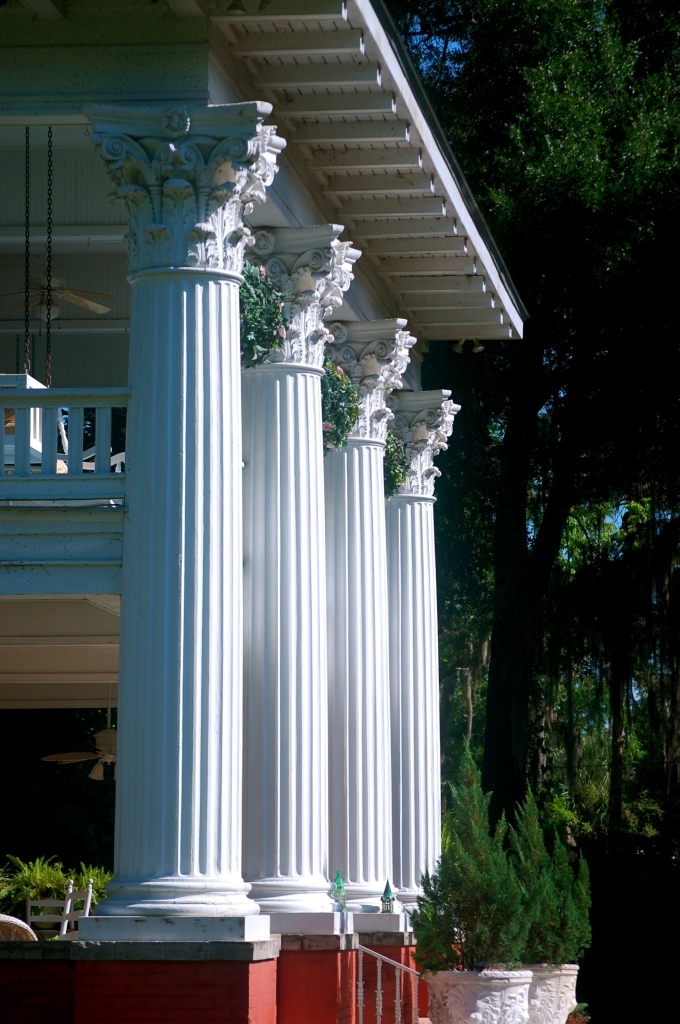 There are four stately Corinthian columns on the front of the house that evoke a much more elegant time. The interior of the house, much of which is Arts & Crafts style, was fitted with elegant leaded glass windows, fine wood paneling, and intricately laid floors using oak, maple, and mahogany. Today, the Herlong is one of the most popular retreats in the area, and is open year round as an Inn. Still retaining its Victorian beauty and with a unique eclectic style, it has ten beautifully furnished guest rooms and two free standing cottages. The Carriage House which once sheltered the horse and carriages is now a king bedroom and the Pump House that originally housed the pump and generator is now a queen bedroom. The pumphouse was used to pump water from the well up to the water tower (also still standing). The water tower was connected to the mansion by a pipe that gravity fed water to the mansion therefore benefiting from electricity and pressurized indoor plumbing long before “modern” electric service became available to the area in 1938. 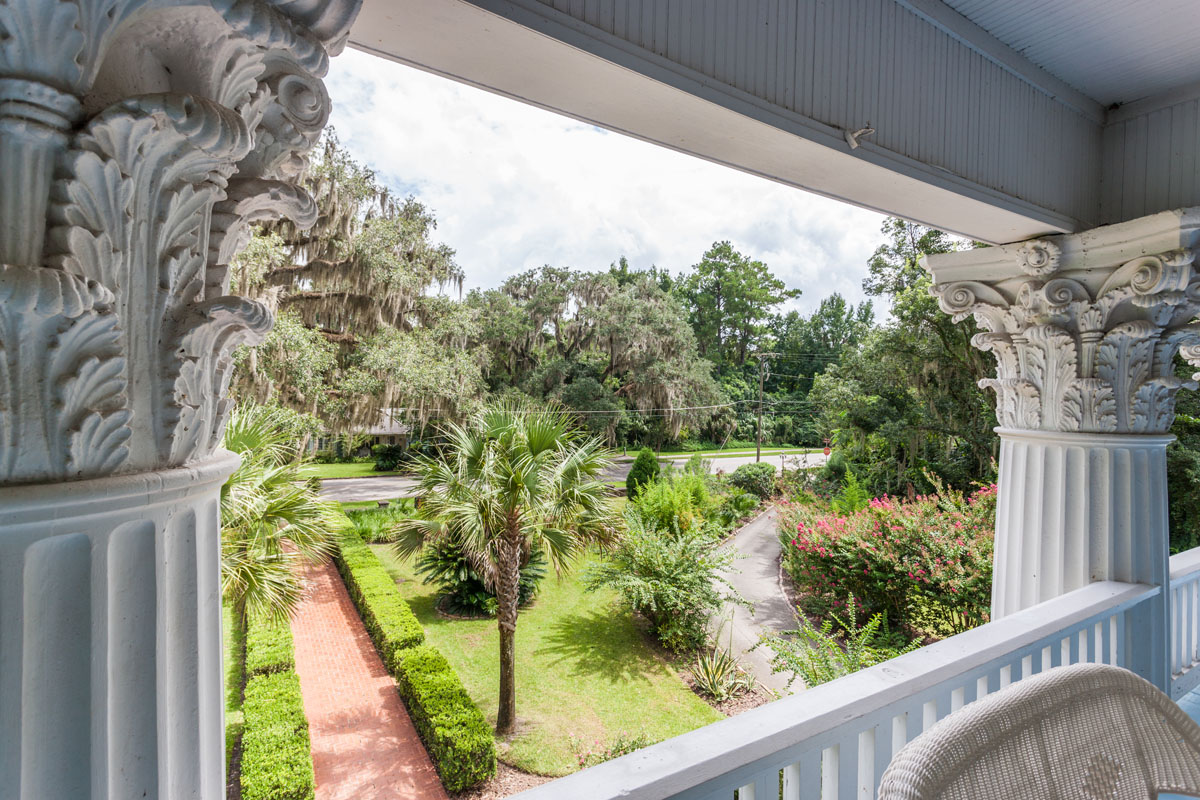 Listed on the National Register of Historic Places, The Herlong Mansion is set back from the street and is surrounded by a lovely garden with statuesque old oaks, magnolias and palm trees. The Innkeepers meticulously maintain the grounds, filled with azaleas, camellias, roses and a wide variety of flowers and plants which bloom nearly year-round in the warm weather of North Central Florida. The Herlong is rated 3 to 4 Diamond AAA and has been featured in many magazines and newspapers. National Geographic Magazine chose The Herlong for The Must Stay List and Florida Trend Magazine deems the Herlong “Florida’s Most Elegant Bed And Breakfast”. New York Sunday Times Magazine and ABC Good Morning America has also featured The Herlong. 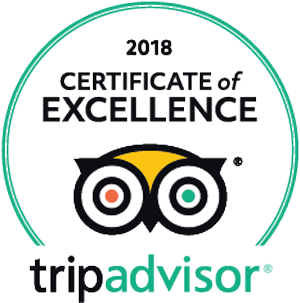 Your Subconscious and Your Health: By Jacqueline Grund and Angel Joy of Zen Spa-

Dress Your Walls This 2021 Holiday Season: By Johanne Morin-

Are you Experiencing Burnout…By: Francoise Everett, The Mezza’s Leadership and Lifestyle Coach Contributor for Women-

LATEST NEWSSIGN UP FOR THE LATEST TRENDS AND TIPS
The Mezza was given a great designation this week as one of Feedspot's top blogs to follow for women over 50.
Click Here to Buy a Physical Copy of the Mezza Style Guide!
© 2021 Mezza Reviews is operated by Mezza, LLC | All Rights Reserved   The writings of Guest Bloggers are their own opinions and not necessarily those of Mezza Reviews.